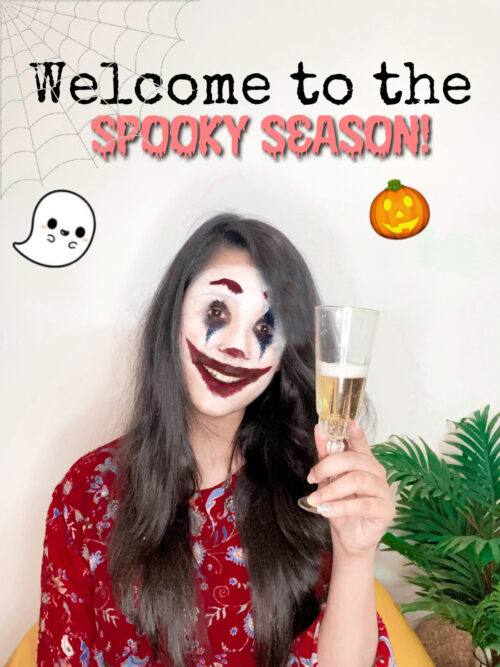 The word Halloween comes from All Hallows’ Eve, and it means ‘hallowed evening’. Halloween is celebrated on the 31st of October. Halloween is a holiday when we can all indulge in the darker, creepier side of life and eat loads of candy. It’s a lot of fun, a little spooky and anything but serious. It marks a pivotal time of the year when seasons change, but more importantly, observers also believe that the boundary between this world and the next become especially thin at this time, enabling them to connect with the dead.

A ghost is believed to be the spirit of a dead person that appears to living people. It’s only natural to wonder about what happens when someone dies. Does any part of that person live on? Could the spirit hang around this world and interact with the living? Who wouldn’t want to believe that a loved one might remain close by, looking over the living?

Many people believe ghosts are indeed real. But nobody knows for real if ghosts really do exist. Science has refuted such claims, time and again. Much like Scooby-Doo, there are other reasons for these unusual sightings. Paranormal and occult experts believe ghosts are the most common paranormal belief in the world. Science hasn’t been able to pin down any concrete proof of their existence.

POLTERGEIST – A ghost or spirit responsible for physical disturbances, such as loud noises and objects being moved or destroyed.

FUNNEL GHOSTS – They are spotted in deserted homes and abandoned buildings. They look like a swirling funnel and paranormal experts believe that they are generally the ones returning for a visit in their own homes.

ORBS – Orbs are the transparent type of ghosts who hover over the graveyards as a translucent ball.

CHUDHAIL – They are chameleons of ghosts who are bestowed with the power of shape shifting. They can take form of any human being and trick others into death.

PRETA – It is said that the deceitful, corrupted, greedy, and jealous humans, when they die become pretas, hence their malice increases manifold. These types are ghosts are believed to be undergoing hunger and thirst and only visible to humans under certain mental states.

PISHACHA – They are blood sucker evil supernatural spirits like vampires.

DJINN – A djinn is a certain type of spirit in Islam, similar to an angel. Many Muslims believe that a djinn can take the form of an animal or a human.

Rather than being malicious, most ghost and haunting activity that have been reported are completely harmless. Ghost stories in literature and movies often focus on evil ghosts as that produces the best plot. The readers and audience want a scary story, and so that’s the way it’s written.

But harmful or evil spirit activity is very rare. Most haunting activity consists of unexplained noises, scents, sensations, or fleeting shadows. Sometimes things get moved and voices are heard. These can frighten people because they aren’t expected and seem to be supernatural. But they are harmless.

LET’S PLAY WITH SOME FUN GHOST RIDDLES: (answers at the end)

How many were you able to guess?

Let me tell you a few fun facts with which you can identify potential ghost presence:

1. Have you noticed that certain things in your home get lost and no matter how hard you try, you can’t find them. Later, out of the blues, they are found at a place where you are sure you’ve looked for it earlier. You’re surprised but then you let it go thinking maybe I didn’t look for it properly! In situations like this, there might be a very bored entity playing with you. Let it play.

2. To understand this fact better, do this experiment. When you see a friend or a family member in a quiet room, completely engrossed in something, stand at a place which is close to them, but they can’t see you, until they turn around completely. Now, focus your gaze behind their neck, just above the point where a shirt collar would be. Keep looking, do not break your gaze. Within a few moments, that person will look around, feeling uncomfortable but not understanding the reason. Then they’ll quickly resume what they were doing. Again, keep gazing, they again look around, this time for a bit longer. This will happen two or more times before they take a good look around and spot you. Our sensory powers are a lot more than we know. When you feel that there’s someone watching you or there is someone nearby but you’re sure that there can’t be anyone, cause you’re alone in the room and the door is closed from inside, it’ll be a good idea to open that door and step out immediately for some time. You could have a visitor from a different dimension.

3. There are times when your periphery vision catches a movement but when you turn your head, there’s no one there. If this starts to happen too often and that too in some specific locations, chances are, there might actually be someone.

4. At times, you suddenly feel the atmosphere getting thick (I don’t know how else to explain this). The room you’re in, feels gloomy and sad. The air feels stale, room doesn’t feel lively anymore (the kind of difference between a sunny day room and a rainy-day room), and whatever you’ve been doing, you lose interest in it and stop doing it. Only to come back to it a few moments later, not understanding, why did you leave in the first place. Well like I said before, atmosphere majorly gets impacted by this phenomenon and we share the same space, which in turn impacts our state of mind.