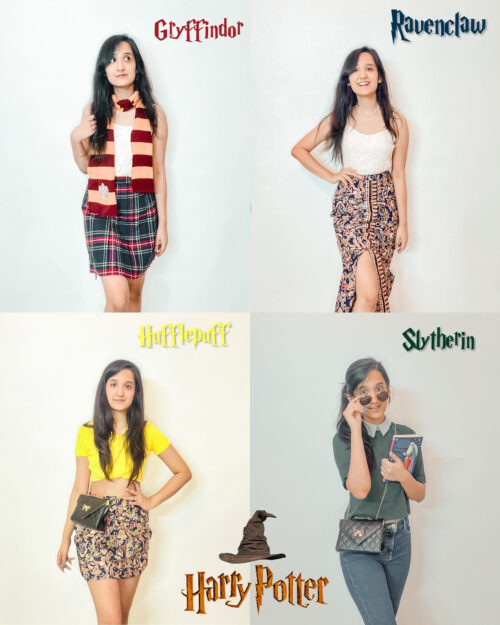 For a Gen-Z like myself, Harry Potter wasn’t just a book series or a movie, it was everything. When Harry Potter enrolled as a first-year student at Hogwarts, many of us were starting school for the first time too. The end of the book/movie series even finished around our high school or college graduation. We grew up with Harry Potter, and his story developed with ours.

Let me brush up a few FUN factual terminologies about Hogwarts:

You might not have had the honour of walking the halls of Hogwarts and calling yourself a Gryffindor, Hufflepuff, Slytherin, or Ravenclaw, but that doesn’t mean that you didn’t learn anything from the magical wizarding world of Harry Potter. So, it comes as no surprise that there are several life lessons the majority of our generation learned from the series along the way.

Here are a few life lessons I learned from the wizards of Hogwarts:

Harry, Ron, and Hermione not only survived the normal problems of adolescent friendships, but they also went through hell and back, fought off Dementors and Death Eaters, and won a war against evil and stayed friends until the end. Sure, there were times where they didn’t talk or seemed to grow apart, but in the end, real friends stick together. Truth be told, it’s a rare thing to establish such a bond with another human being. However, when you find someone like this, you need to do everything you can to hold on to them.

Friendship to me is someone always believing the best in you. Someone defending you when you can’t defend yourself. Someone standing in your corner ready to sacrifice on your behalf at any given time. It’s someone who pushes you to be the best version of yourself and is the first to stand and clap for you when you succeed. We’re often so caught up with our own things that we tend to not notice when the people around us need us the most. Don’t be afraid to reach out when you need a little help and lend your help when they need it in return, it will allow you to create an even stronger bond with those around you.

From Luna Lovegood to Hermione Granger, there are plenty of characters in Harry Potter who aren’t afraid to be themselves. Luna was quirky and intelligent, and she always expressed her sense of style and beliefs without fear of judgment from others. Hermione Granger, the brightest witch of her age, was constantly learning and dedicating herself to her schoolwork, even when she got mocked for it.

As much as we’d all like to stay in the comfort of our bubble, sometimes life requires us to pop it for our own good. In Ron’s case, following the spiders meant finding the answer to rescuing Hermione from her stunned state. In Harry’s case, learning to use his Patronus meant protecting himself and others from the soul-sucking power of the Dementor’s kiss.

A little bit of fear is normal. In fact, fear helps you instinctively protect yourself from harm. Your fear might help you to recognize when you’re about to do something dangerous, and it could help you to make a safer choice. However, it’s impossible to think clearly when you’re flooded with fear or anxiety. The first thing to do is take time out so you can physically calm down. Avoiding fears only makes them scarier. Your fears might never disappear completely, but if you keep trying you will learn how to manage it.

4. SOMETIMES WE HAVE TO FACE OUR OWN BATTLES ALONE:

As much as it helped to have his friends through every obstacle, Harry always ended up confronting his challenger alone and for good reason. We can’t rely on our friends or family to somehow save us from our own problems every time. We have to learn to fight our own battles at some point, whether it’s dealing with the petty jealousy of a friend when you’re unknowingly entered in a contest or defeating a massive basilisk (snake) in the demented water park of your school’s basement. No one said it’d be easy, but Harry Potter proved it’d be worth it.

5. THERE’S MORE TO OTHERS THAN MEET THE EYE:

Often times we unintentionally judge others based on their appearance, but sometimes our assessments aren’t accurate. A great example of this in the Harry Potter series was the character of Sirius Black. For the majority of the third novel, all of us, including Harry, thought he was some crazy, traitorous murderer with a bone to pick with the Potter boy. Then J.K. Rowling did a 180 and turned him into the caring, cool godfather trying to avenge Harry’s parents.

We all have a false belief that we can understand people based on their appearance. But the truth is, we are complex creatures always roaming around wearing various masks. We suppress our emotions, feelings, and thoughts that are not accepted by the mass. We don’t show that outside because we fear that if we do, they won’t accept us. This fear leads us to create masks that we wear in everyday life. And people who rush to conclusions usually fall into this trap of judging someone based on appearance. If we take enough time, we will get some idea of an individual. Most of us are not ready to open up. And this is a great challenge when it comes to knowing someone deep. No one will ever get the chance to understand anyone fully.

6. MAGIC EXISTS, EVEN FOR US MUGGLES:

It’s cheesy, I know, but there’s a certain magic we all experience at some point or another in our lives. While it might not be in the form of witchcraft, the magic we come across can be found in the people, places, and things around us. There’s magic in travelling, writing, reading, music, friendship, love, you name it and it’s often found where it’s sought.

So for those of us who began and ended our childhood with Harry Potter, fear not. The magic lives on, just in a different way.

Happiness can be found, even in the darkest of times, if one only remembers to turn on the light. ― Albus Dumbledore.